For some time now, I’ve been meaning to write a couple of posts explaining my interests, particularly regarding programming and music - both those circumstances that led me to them in the first place, and the deeper reasons why I continue to invest time pursuing them. As I thought more about these topics, though,1 I realized there was a broader underlying idea I wanted to express. With that said, here we go.

A couple months ago I bought a bike. It’s great! I’ve been all over Cambridge and Boston. Over the summer, I biked to work nearly every day after I got the bike, cutting down my commute considerably in the process, and I recouped most of the bike’s cost in saved MBTA fare by the summer’s end. 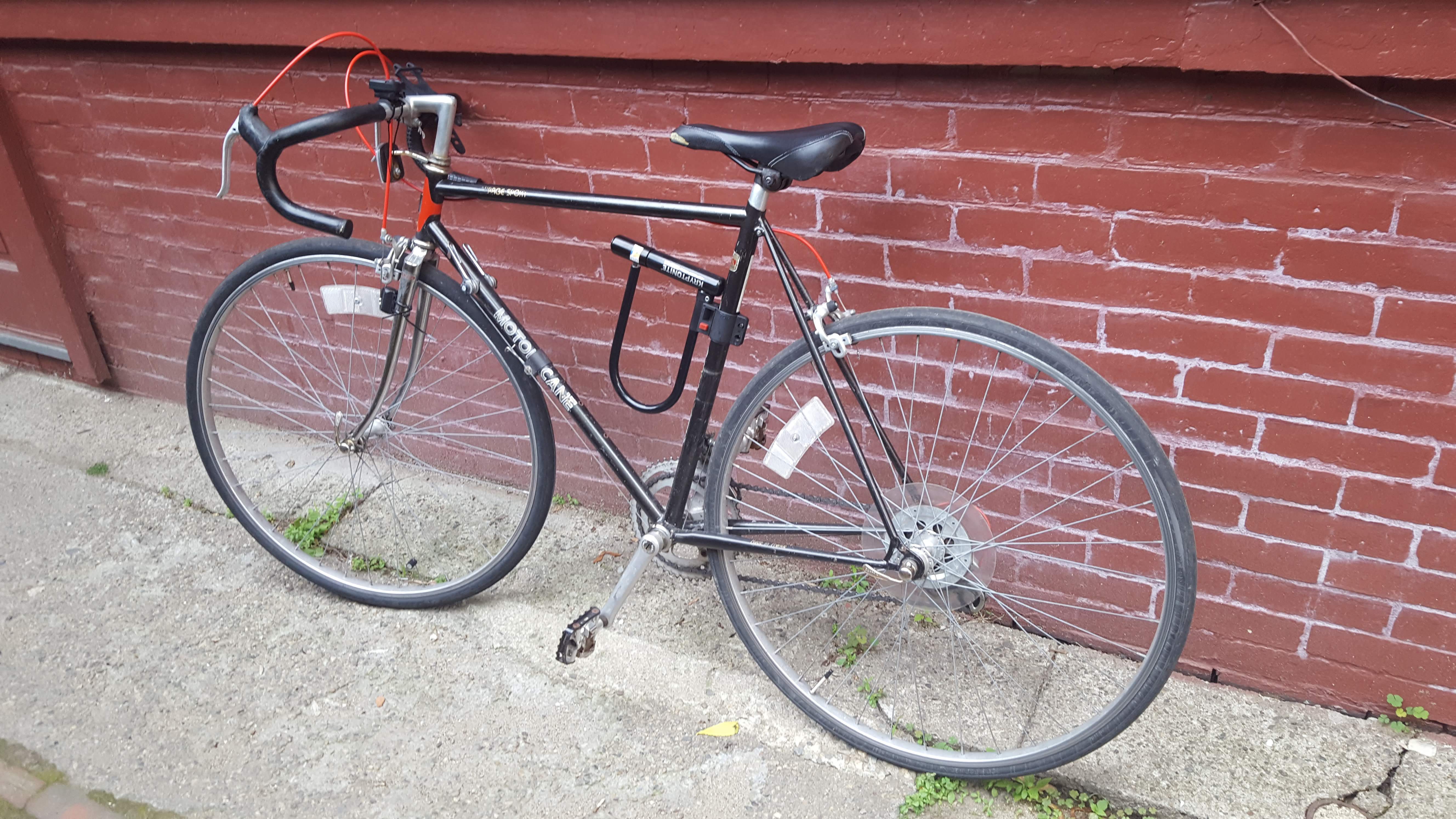 But it wasn’t just owning a bike that opened up these possibilities - it was knowing how to ride it. Luckily I learned how to ride a bike in childhood, as many people do. But I know some folks who didn’t, and I occasionally reflect on how much that must suck.

There’s a reason we have the idiom “it’s like riding a bicycle”. It refers to the fact that riding a bike is skill that, once learned, is never forgotten. But another, oft-overlooked fact about riding a bike is that it’s also kind of hard!2 Comparing the alternate-reality version of me that can’t ride a bike with the me that’s writing this post reveals a stark contrast - I can easily, comfortably do something that that other me would find impossible. I can even do it with no hands! Viewed that way, knowing how to ride a bike is kind of a superpower, and it gives me all kinds of opportunities that are sadly unavailable to my bike-bereft doppelgänger.

With one idiom down, consider another: as everybody knows, “knowledge is power”. In the cliché hall of fame, it’s up there with the greats. But what does it really mean? Here are some possibilities:

But I am not interested in any of these. Power derived from protected knowledge is fragile, blackmail sounds awful on either end, and ideally we’re not spending our limited time here sharpening spears designed to cut that time short. All of these formulations of “knowledge is power” involve your knowledge being kept secret, and being employed to give you benefit at another’s expense.

The knowledge I’m interested in is not secret; anyone can find it. But it is difficult. It requires time and effort, concentration and application. It is knowledge that may require digestion over the course of years, if not decades.

But obtaining this knowledge gives a wonderful, freeing kind of power that needn’t come at anyone else’s expense. The benefits come at the expense of your own time; only you pay the opportunity cost.

The knowledge I’m talking about is know-how. Knowing the secret spot with the berries, or the gold, or whatever, is not know-how; it’s know-where. Knowing the compromising information that gives you some semblance of control over another’s life isn’t know-how; it’s know-what. (Knowing a better way to sharpen your spear is know-how, but it’s a kind of know-how that must be kept secret for maximum benefit.)

When I talk about know-how, I’m talking about the knowledge of how to ride a bike. How to start a fire. How to fix a flat tire. How to use a computer. And how to really use one, too. Which brings me to the other point - the best kind of knowledge isn’t just a matter of knowing some fixed sequence of steps to execute to attain a desired result. It can’t be found in a recipe book. It’s about knowing why the steps work. It’s about understanding the system at an intellectual and an intuitive level. And, at a meta-level, it’s about knowing how to come up with the steps yourself: how to ask the right questions and how to find the answers.

In other words, it’s about understanding the theory and the application; it’s about connecting the mind with the hand.

This all sounds very nice, but what does it have to do with power?

In short, it gives you freedom.

In a very real way, if I know how to fix my flat, I am free to do it myself. Otherwise, I am a prisoner of my ignorance, and I can only live with the flat or hope to induce someone else with that knowledge to perform the service for me. If I know how to ride a bike, I am free to get around quickly without having to pay for public transit or own and maintain a car.

But, as I’ve said, this kind of knowledge is precisely the kind that is the most difficult to obtain - not because it’s hidden, but because it’s hard. It generally can be taught, but it can only be taught to a willing student, and it can only really be understood with practice.

Which begs the question: what’s worth learning?

There’s a knowledge out there to be obtained - certainly more than any one person can obtain in a lifetime. Given that, it becomes a question of which freedoms you’re most interested in securing, at the expense of all others.

There are many, many areas in which I remain ignorant. As stated, I am the prisoner of my ignorance in these areas. I do not know, to any real depth, how to grow food, how to treat serious illness or injury, or how to build a house. Obviously, these are all of great importance, and yet I remain ignorant on these topics and depend on other more knowledgeable people to employ their knowledge on my behalf.

What’s more, I had the luxury to study any one of numerous worthwhile topics over the course of four years, with ample opportunity to learn from the learned and exercise and develop my skills. And yet, I turned down the vast majority of majors. I did not commit myself to math, nor chemistry, biology, physics, nor most of those other subjects - all interesting, with no lack of depth.

Why? How could I throw all of this potential, freedom-giving knowledge away?

Because I had to. With limited time, you have to choose, and ultimately I majored in EECS and music. Because the kind of freedom that knowledge in those disciplines offers me is highly valuable to me personally (and freedom is always personal), even more so than the other kinds of knowledge/freedom that I passed up.

I intend to (finally) write another post soon expounding why I feel that way about those subjects.4 But the essential reason is that they offer the freedom to create things that matter to me.

The best thing to learn

Earlier, I omitted an important case when discussing one’s options in the face of ignorance. If I get a flat tire, I can indeed live with it or get someone more knowledgeable to fix it. Or I can learn how to do it myself. And the reason that’s an option is because learning is another skill I have developed. It’s the meta-skill. It’s knowing how to know how.

Strengthening your Google-Fu, becoming more willing to get hands-on, or simply giving problems more thought can all improve your skill at learning. And learning a little bit in an area can often make learning more much easier, as you start to gain an idea of what’s out there to learn, and the relative difficulty of different fields. It compounds in a wonderful way.

Free yourself. Learn something new.